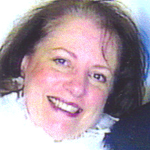 Hi, I’m Mary. My husband, John, and I are new to New Hampshire, and we’re having fun getting to know the area! There was a lot happening on the weekend of August 17th and 18th. We enjoyed beautiful summer weather, perfect for exploring the Nashua area.

We started on Saturday with the 60th Greeley Park Art Show. Greeley Park is a landmark park in downtown Nashua. Artists from the New England area come and set up their booths to display their work from 10am to 5pm on both Saturday and Sunday. There were approximately fifty artists displaying their work which included oils, watercolors, acrylics, photography, digital art, pastels, drawings, illustrations, mixed media and jewelry.

I was going to the show to browse and had no intention of buying anything, but there was so much wonderful artwork on display that I had a hard time limiting myself to the purchase of just one photograph and one print! 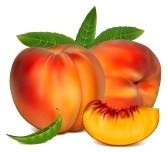 Saturday evening we headed north and west to Lull’s Farm Stand, Route 13, Milford, NH for the 10th Annual New England Peach Festival. We were running a little late after the art show and we arrived at the Peach Festival just as they stopped serving the lobster dinner. Luckily for us, they had a few lobsters left and agreed to serve the four people in our party before closing up for the day. What a wonderful dinner! We each had a 1 1/4 lb. Maine lobster, corn on the cob, potato salad, peach bread, peach iced tea and peach shortcake – all for $20 per person!

There was live music during dinner which was served on long tables outside under a tent. We enjoyed chatting with other people from the area who where sitting at the same table. The Church of Our Saviour in Milford sponsored the dinner and the proceeds from the dinner helped support their partner parish in Ondjiva, Angola in southwestern Africa.

We made sure to buy a homemade peach pie to take home with us and we marked the Peach Festival on our calendars for next year, too.

Sunday evening we made our way to Holman Stadium, a baseball stadium constructed in 1937 as a multi-purpose stadium by the City of Nashua, for a free Summer Pops concert for families performed by the Symphony NH Orchestra & Chorus. 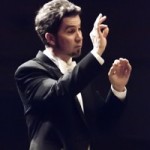 Nashua Mayor Donnalee Lozeau, welcomed the audience, and Conductor Jonathan McPhee started off the concert with Aaron Copland’s Fanfare for the Common Man.

The program of popular film, Broadway, and orchestral pieces included a Salute to the Armed Forces, “O, Fortuna” from Carmina Burana, Holst’s The Planets – Mars & Jupiter, Williams’ Raiders of the Lost Ark March, Schonberg’s Suite from Les Miserables, America the Beautiful, The Suite from Phantom of the Opera, the Suite from West Side Story, the Stars and Stripes Forever and the 1812 Overture. 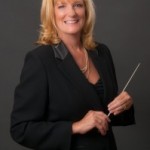 It was a superb concert showcasing the talents of both the orchestra and the chorus, and the variety of music performed offered something to please everyone in the audience, children and adults alike.

All in all, we had great weekend in Southern New Hampshire at these three wonderful end-of-summer events!